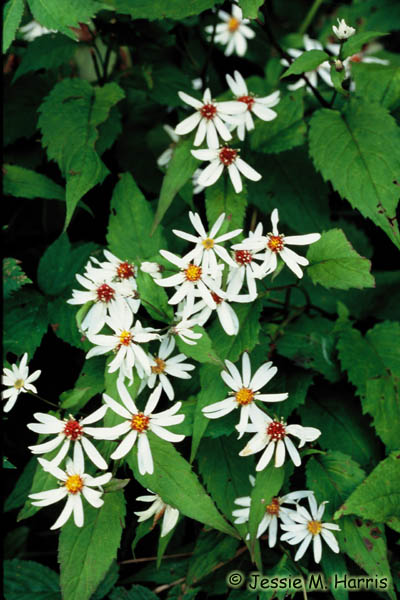 Eurybia divaricata occurs in Canada and the United States. This species is generally common throughout its main range in the Appalachian Mountains, and from New England south to Georgia and Alabama. In Canada, Eurybia divaricata occurs in scattered populations in the Niagara Region of southern Ontario and in a few woodlots in southwestern Quebec. (Updated 2017/05/24)

The major threats to this species are habitat loss, grazing by deer and consumption by weevils, tramping and possibly invasive species. (Updated 2017/05/24)