Scientific Name: Rangifer tarandus
Other/Previous Names: Woodland Caribou (Newfoundland population)
Taxonomy Group: Mammals
COSEWIC Range: Newfoundland and Labrador
COSEWIC Assessment Date and Status Change: November 2014
COSEWIC Status: Special Concern
COSEWIC Status Criteria:
COSEWIC Reason for Designation: This population was last assessed as Not at Risk in 2002 when the population was 85,000. This population has fluctuated in abundance over the last 100 years and presently has declined by approximately 60% over the last 3 caribou generations. The decline was due to limited forage when the population was at high density, harvest, and predation. Various indices suggest that the population is improving but there is concern that Eastern Coyote, which has recently arrived to Newfoundland, may become a significant predator and influence recruitment such that the population continues to decline.
COSEWIC History of Status Designation: Newfoundland population was designated Not at Risk in April 1984. Status re-examined and confirmed in May 2000 and in May 2002. Status re-examined and designated Special Concern in November 2014.
SARA Status: Schedule 1, Special Concern
Date of Listing (yyyy-mm-dd): 2021-08-12 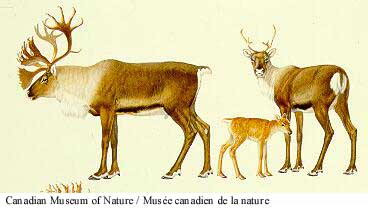 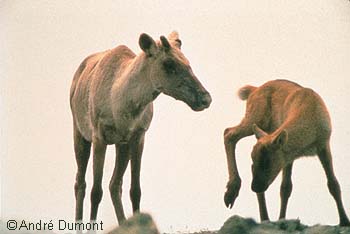